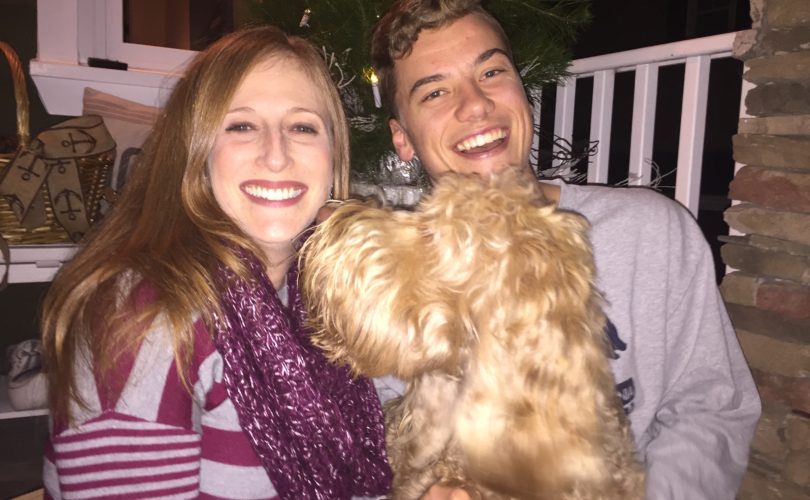 As I sophomore in high school, I remember looking around the classroom and observing the tiny amount of students I would be spending the rest of the year learning geometry with. Being more of a serious student who also constantly craved conversation, I found instant relief in the discovery that the two boys who sat behind me also enjoyed a good joke between the breaks in our oh-so-intelligent and serious teacher’s lessons. The best part about these two boys were that they too were serious about acing every assignment and test we received.

Except one of the boys was especially impressive. He always had a smile on his face and his presence exuded respect, maturity, and optimism. Little did I know that he had been battling cancer for years.

Tim Vorenkamp, an alumnus of JSerra Catholic High School and a sophomore at the University of California at Berkeley was diagnosed with cancer at age 13 while he was playing for the USA Volleyball Boys Junior National Championship division. He had noticed a lump growing on his leg. He was soon diagnosed with a very rare form of cancer called Synovial Cell Sarcoma. Only 500 people are diagnosed with it annually. Despite receiving the news that it was already in stage three, Vorenkamp recalls smiling because he knew it at least wasn’t in stage four.

In a recent article by the Orange County Register about Vorenkamp states, “He spoke about his past goals – continuing to compete for the USA Volleyball junior national program, getting a major college scholarship, maybe making the U.S. Olympic team and having a pro career, plus a college education and a career in business or sports.

Then he spoke of his new goals.

‘My first goal was to get recruited to a top five school and the Olympic team,’ he said. ‘Then it was just to get back on the court.’

On January 10, 2016, Tim passed away at age 18. A few months previous, he started a non-profit foundation called the Live For Others Foundation. This foundation was created to raise awareness of Synovial Cell Sarcoma as well as fund further research on finding the cure.

The most inspiring part about Tim Vorenkamp was his attitude. He celebrated all of life’s journeys and considered this to just be one of them. He cherished everyday and every moment. Vorenkamp states that in finding the journeys in his life, he discovered that it is “just to be with the people I love and enjoy every single moment of it. Living for others is kind of the most important thing in my life.”

For Tim, his passing is just a new journey with Jesus.