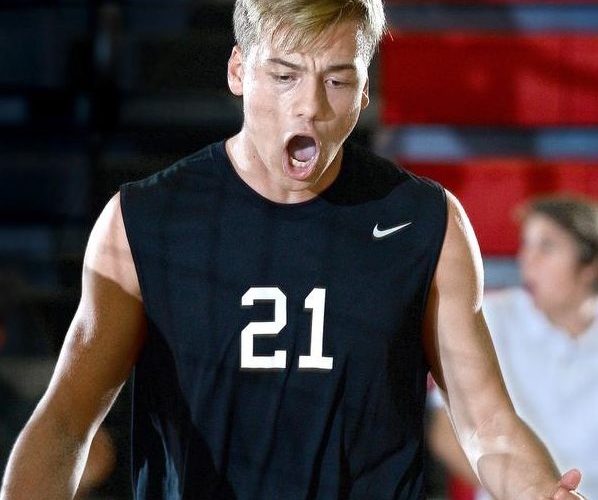 LAGUNA NIGUEL – Tim Vorenkamp did not live a long life, but he filled the 18 years he had with equal amounts of fun, courage and consideration for others.

Vorenkamp, a former volleyball standout at JSerra Catholic High School in San Juan Capistrano who was featured in a 2015 Register story about his fight with synovial cell sarcoma, died at home Sunday at age 18.

A memorial service took place Friday, and a paddle-out at his favorite surf spot, Oak Street Beach in Laguna Beach, is set for Sunday at 3:30 p.m.

Tall, polite and optimistic in the face of a life-threatening condition, Vorenkamp endured eight surgeries and endless treatments fighting an aggressive form of cancer that first was detected when he was in the eighth grade.

Despite the prognosis, he played volleyball and surfed beyond the expectations of his doctors and became the face of a campaign of awareness about the disease.

He had an aggressive treatment to shrink a tumor in his lung early last year and in the fall began his college career at UC Berkeley. He immersed himself in campus life and joined the Kappa Alpha fraternity. In late September, he began to have breathing problems and returned home.

Tests by his doctors at Children’s Hospital of Orange County showed the cancer had spread into his lungs. He already had decided he wouldn’t pursue more treatment. After having his lungs drained, he came home to spend time with his family – his mother, Petra; his father, Pieter; and a brother, Patrick – and friends.

“He came home determined to do as much as he could do with the time he had left,” Petra said. “He was still positive about life. He had his bucket list of things he wanted to do.”

He checked off most of the things on his list. He went surfing as much as he could, including a last trip late last year.

“It took him about 20 minutes to get past the surf, and he rode a few waves,” Petra said. “Then he sat on his board in the ocean talking with his friends and watching the sunset.”

His dad arranged for him to drive an Aston Martin for a day. When he wasn’t surfing, he was playing golf. He went to a Lakers game and met Kobe Bryant. He took two trips back to Cal to spend time with fraternity brothers. Mostly, he spent time with his friends doing normal things – going for sushi, watching movies.

One night, his mother woke early in the morning and found Tim at his computer, where he had been all night creating his own foundation and website – liveforothersfoundation.com.

“We’re all asleep and he’s working at his computer,” she said. “He said: ‘Here’s the plan. They can’t save me, but we can eventually find a cure to save others.’

“It’s overwhelming. I think we were all blown away. He wanted to do as much as he could for others.”

With the help of a friend who does film work, Vorenkamp produced a video that explains the life he has had and passes along a message of hope.

“It was the happiest five years of my life,” he said on the video. “You can never lose this battle even when it ends … if you have been living for others and giving them hope.”

His mother said the website already has raised $27,000 for a foundation that will help with research into the disease and help others struggling with the cancer. The video can be found on YouTube and his website.

“From the beginning, it’s always been a little unbelievable where he gets his wisdom,” his mother said. “On one hand, it’s heartbreaking. On the other, it makes you so proud.”


Error: Access Token for is not valid or has expired. Feed will not update.

Make sure this account has posts available on instagram.com.