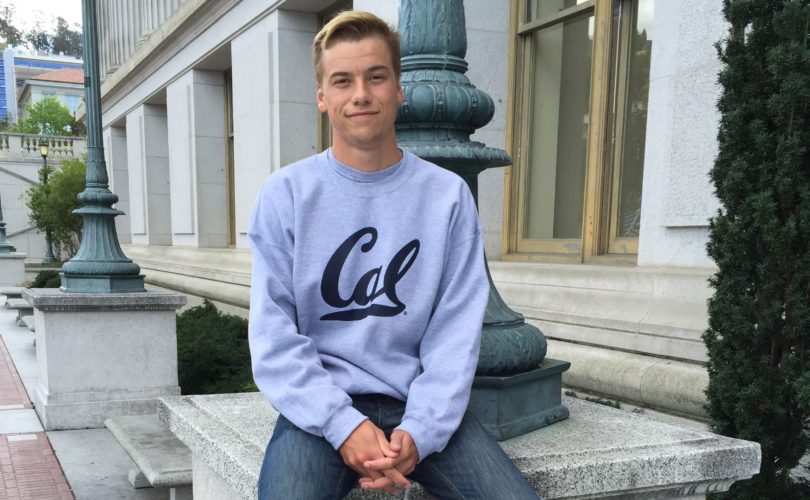 Remembered for his positivity and perseverance, campus freshman Tim Vorenkamp died Jan. 10 in Laguna Beach, California after a five-year battle with cancer. He was 18 years old.

Vorenkamp was diagnosed with synovial cell sarcoma, a rare form of cancer, in September 2010. Despite undergoing chemotherapy and several surgeries in high school, Vorenkamp still managed to excel on JSerra Catholic High School’s volleyball team and keep up his grades in honors courses, according to his mother, Petra Vorenkamp.

At UC Berkeley, Tim Vorenkamp was a member of the Kappa Alpha Order and intended to apply to the Haas School of Business. Though he was at UC Berkeley for less than a semester, those close to him say he had a large impact on everyone he met.

“The thing that I will most remember about Tim was his positive personality,” said his fraternity brother and friend Hank White. “He used to always light up the room with his smile; he got so excited about small things. … I really think that he’s just really moved us all with his attitude.”

According to Petra Vorenkamp, because of a cancer relapse in late September, Tim Vorenkamp attended UC Berkeley for just five weeks before becoming too ill to continue.

“He enjoyed every single second of being in Berkeley. He never skipped a class . . . studied like there was no tomorrow,” Petra Vorenkamp said. “Until the end, he did that, he never let them know that he was not feeling well.”

After learning in October that his cancer was incurable, Tim Vorenkamp established the Live For Others Foundation, a nonprofit that raises awareness for synovial cell sarcoma and funds research for a cure.

According to Petra Vorenkamp, he designed the entire website singlehandedly in just a couple of nights and was able to garner 900 T-shirt donations from a clothing production brand OBEY Clothing. Since its creation, the foundation has raised almost $50,000 toward its cause.

In the coming months, Vorenkamp’s parents plan to use the foundation’s funds to assemble a team of medical and business professionals to encourage companies to research a cure for the disease.

“He didn’t want people to help him; he wanted to help them,” said Mary Victoria Taylor, his high school counselor.

The day after he died, his family opened up his computer to find that he had already organized his own memorial and set up invitations, according to Petra Vorenkamp.

“Battling cancer, you never lose and you never will lose even if one day the fight ends,” Tim Vorenkamp said in a video promoting his foundation, posted a month before his death. “You just start a new journey and that’s kind of what life’s all about.”